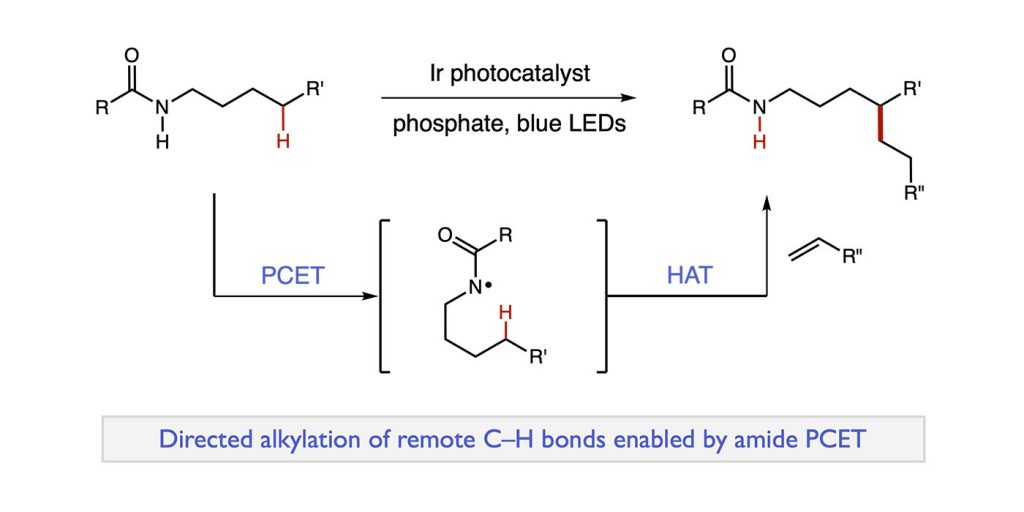 ABSTRACT: Despite advances in hydrogen atom transfer (HAT) catalysis, there are currently no molecular HAT catalysts that are capable of homolysing the strong nitrogen–hydrogen (N–H) bonds of N-alkyl amides. The motivation to develop amide homolysis protocols stems from the utility of the resultant amidyl radicals, which are involved in various synthetically useful transformations, including olefin amination and directed carbon–hydrogen (C–H) bond functionalization. In the latter process—a subset of the classical Hofmann–Löffler–Freytag reaction—amidyl radicals remove hydrogen atoms from unactivated aliphatic C–H bonds. Although powerful, these transformations typically require oxidative N-prefunctionalization of the amide starting materials to achieve efficient amidyl generation. Moreover, because these N-activating groups are often incorporated into the final products, these methods are generally not amenable to the direct construction of carbon–carbon (C–C) bonds. Here we report an approach that overcomes these limitations by homolysing the N–H bonds of N-alkyl amides via proton-coupled electron transfer. In this protocol, an excited-state iridium photocatalyst and a weak phosphate base cooperatively serve to remove both a proton and an electron from an amide substrate in a concerted elementary step. The resultant amidyl radical intermediates are shown to promote subsequent C–H abstraction and radical alkylation steps. This C–H alkylation represents a catalytic variant of the Hofmann–Löffler–Freytag reaction, using simple, unfunctionalized amides to direct the formation of new C–C bonds. Given the prevalence of amides in pharmaceuticals and natural products, we anticipate that this method will simplify the synthesis and structural elaboration of amine-containing targets. Moreover, this study demonstrates that concerted proton-coupled electron transfer can enable homolytic activation of common organic functional groups that are energetically inaccessible using traditional HAT-based approaches. 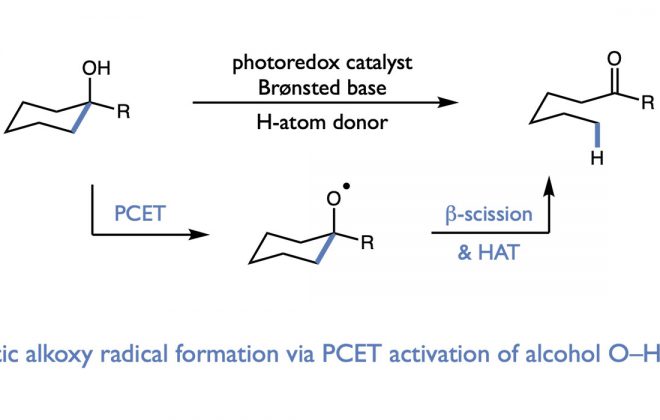 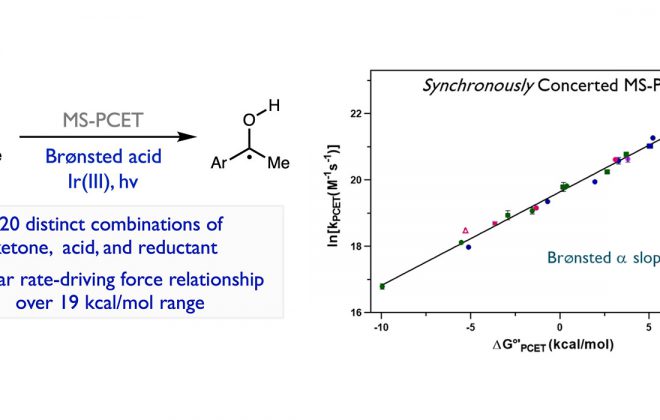 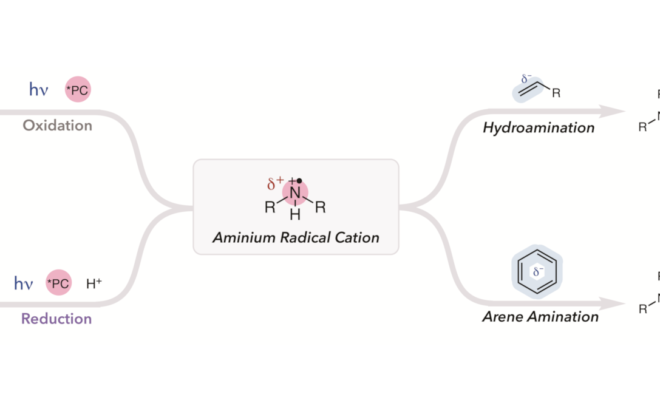 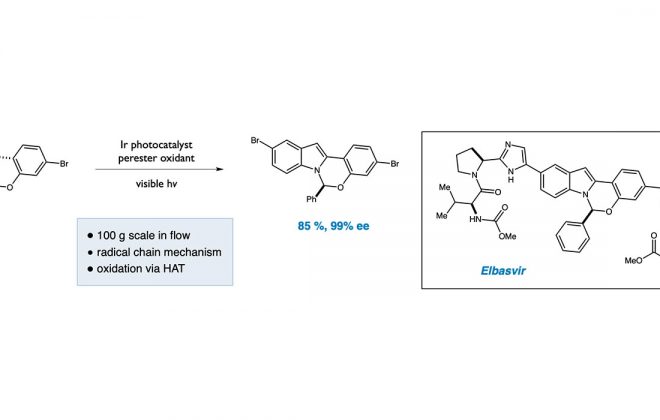 9. Discovery and mechanistic study of a photocatalytic indoline dehydrogenation for the synthesis of elbasvir