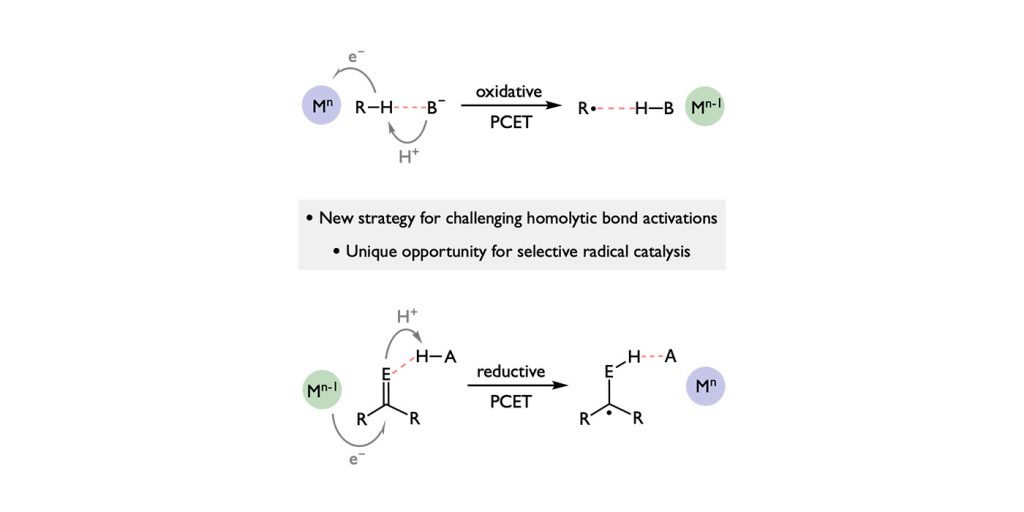 ABSTRACT: Redox events in which an electron and proton are exchanged in a concerted elementary step are commonly referred to as proton-coupled electron transfers (PCETs). PCETs are known to operate in numerous important biological redox processes, as well as recent inorganic technologies for small molecule activation. These studies suggest that PCET catalysis might also function as a general mode of substrate activation in organic synthesis. Over the past three years, our group has worked to advance this hypothesis and to demonstrate the synthetic utility of PCET through the development of novel catalytic radical chemistries. The central aim of these efforts has been to demonstrate the ability of PCET to homolytically activate a wide variety of common organic functional groups that are energetically inaccessible using known molecular H atom transfer catalysts. 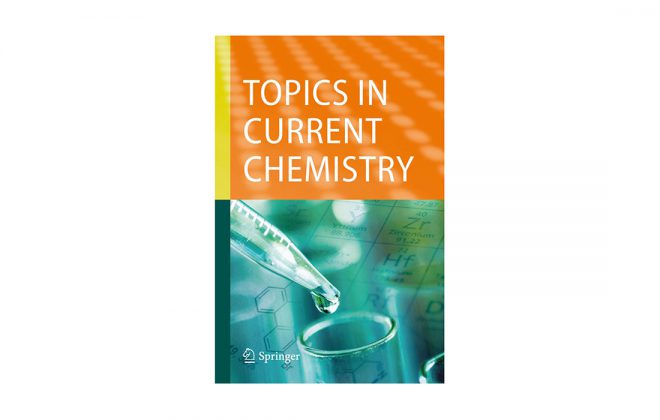 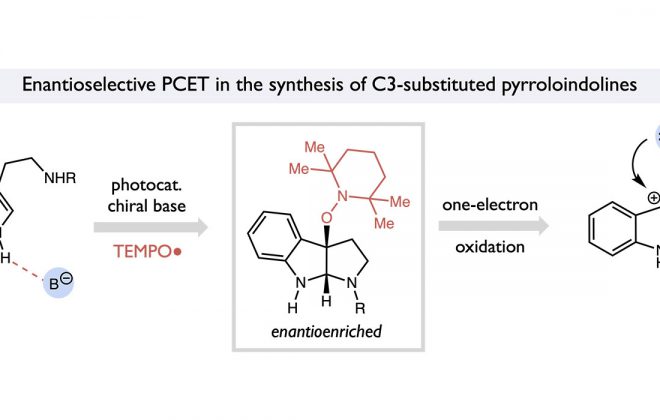 18. Enantioselective Synthesis of Pyrroloindolines via Noncovalent Stabilization of Indole Radical Cations and Applications to the Synthesis of Alkaloid Natural Products 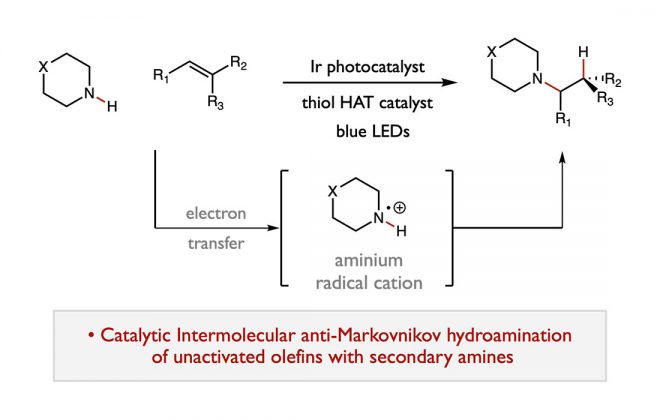 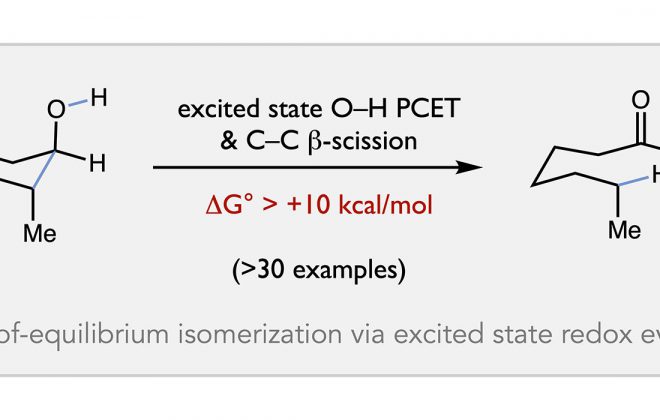